Get My First Book – Living Life Notes by Rusty Norman

Living Life Notes by Rusty Norman will soon be available as an Audio Book as well... 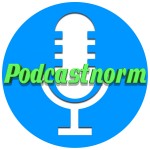 Today’s episode is the latest from JustAFansView.com and gives Rusty’s opinion of the race that crowned this years Sprint Cup Champion at Homestead. It was an intensely emotional and dramatic race from start to finish and when it was done, Kyle Bush became the 2015 Sprint Cup Champion… Oh, and by the way, he did it by winning the race. This podcast is about NASCAR Sprint Cup from just a NASCAR fan’s point of view. (This episode can also be found at  NascarFansView.com ) It is one of the regular productions of PodCastNorm dot Com.

These article/podcasts are twice weekly podcasts during the Chase in the NASCAR season. Rusty is a former hometown Stock Car driver and owner and his passion and love for the sport is evident as he shares his take and opinion of the NASCAR Sprint Cup Series as the Season progresses from the season beginning at Daytona in February and ending with the Championship at Homestead, FL in November.